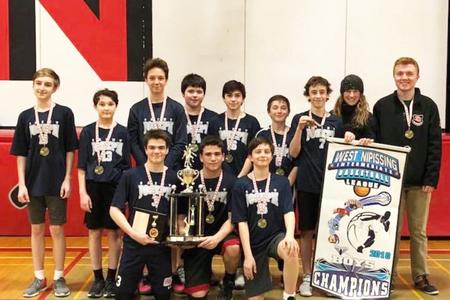 The WN Intermediate Basketball League held its championships on Tuesday, April 10, with École publique Jeunesse-Active taking the girls’ title while École Saint-Joseph earned the boys’ crown. Both teams edged out White Woods Elementary in the final.

The Jeunesse-Active team, coached by Josée Maurice, went undefeated all year and included students from Grades 5 to 8.

“Our season began in February and we’ve been undefeated all year,” proudly exclaims Maurice. “This was my first year coaching and my philosophy with them was to really build a relationship with every single one of them. We reinforced positivity and self esteem. All the girls played, all the girls had fun, and all the girls were important to us winning the championship! I am so proud of all of them. Kudos to their parents for raising great kids!”

The boys’ team, coached by Saint Joseph teacher Ginette Auger, only lost one game all season and played exceptionally well during the finals as well.

“We only lost one game and it was against [White Woods], who we beat in the finals! It was an excellent season and I’m very proud of the boys and how well they played together and showed teamwork. They’re a great bunch of students and we’re all proud of how well they did!” 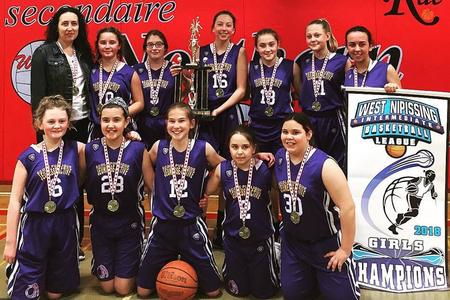