River Valley will never be the same, as the sad passing of bluegrass promoter Tony DeBoer marks the end of an era for the remote northern community he helped put on the map.

The DeBoer family announced his passing, at age 81, on May 20. Daughter Cindy DeBoer posted on the Northern Bluegrass Committee social media page, “The DeBoer family would like to let everyone to know that our father of Bluegrass music, Tony de Boer, passed away this morning, RIP our Bluegrass Gypsy, we will always have you in our hearts.” The outpouring of condolences was immediate and came from sources local and international.

A huge 80th birthday bash was held in March of 2019 in Sturgeon Falls in his honour, however DeBoer could not attend as he was temporarily hospitalized at the time. While the cause of death has not been shared by the family, it was revealed that DeBoer passed away en route to the hospital from his home in River Valley, a community that is now mourning the man who contributed a lifetime of effort to both the culture and economy of the area.

If bluegrass music thrives in northern Ontario, much of that is due to the efforts of Tony DeBoer, who developed the River Valley Bluegrass Park from vacant land over 30 years ago, and made it a major destination for music enthusiasts. He is referred to fondly by many bluegrass musicians as the ‘Grandfather of Bluegrass in Canada.’ DeBoer promoted bluegrass not only as a business, with three major concerts held each summer at the park, along with promotional winter tours, he also built a family-friendly community-oriented campground around the sounds of traditional country and bluegrass. DeBoer promoted the genre for over 30 years and put River Valley on the international bluegrass map. He encouraged numerous local musicians to get on stage. He brought in the best American bluegrass musicians to entertain and share their skills. 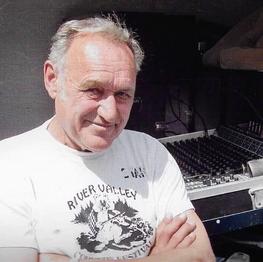