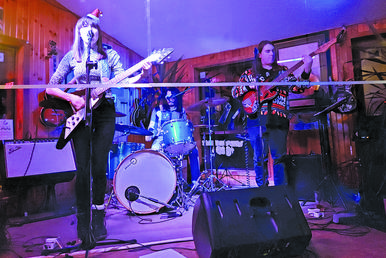 This was going to be the final year of live performances for local singer Gisele Small, before COVID-19 cancelled the shows she had planned in 2020. You can still catch her performing on Facebook every day.

Local artists are playing out the long winter

It wasn’t the biggest crowd Chanelle Albert and the Easy Company had ever played for – a smattering of 20-odd-people at spaced out tables inside the Lavigne Tavern – but the Verner born musician was still on pins and needles before she hit the stage on Dec. 5.

“We really had our fingers crossed for this one. We were like 50-50 it’s going to happen or it’s not, we have no idea. But we’re glad we’re here, so if nothing happens within the next minute or two, then we get to play, which I’m excited about,” said Albert.

It’s understandable she was a little apprehensive about the show going ahead, even after their instruments were set up and sound check was complete: these days, no gig is guaranteed.

Albert and the Easy Company learned that a few weeks ago. Two shows they had scheduled at the Coulson Nightclub in Sudbury were cancelled just days prior, after Sudbury and District was declared a ‘yellow COVID zone’. Live music isn’t prohibited until a region enters the red zone, but bars and restaurants in yellow zones must “limit volume of music to be low enough that a normal conversation is possible.” That might work for acoustic shows, but it’s not really a decibel level that bands can abide.

“Technically, if people are coming to the restaurant, they should be coming with their circle or bubble of people, so the whole ‘no music above speaking level’ seems to be not really effective,” says Albert. “I understand that people probably come in closer to speak, but if you are eating at a table with your bubble and you’re taking your mask off as soon as you sit, you’re going to be exposed anyways.”

Shifting restrictions like that are just part of the reason the band has performed only a handful of gigs since COVID began in March. Music was once a full-time job for Albert; now she’s had to pick up part-time work, with live shows becoming so unreliable.

Chanelle Albert and the Easy Company perform a socially
distanced show at the Lavigne Tavern on Dec. 5 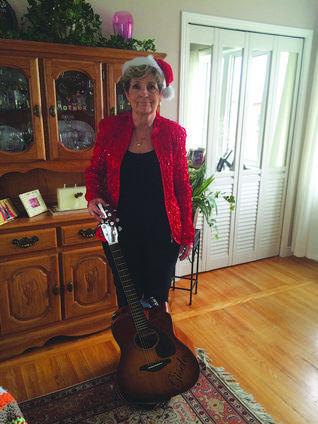