The 2019 International Plowing Match (IPM), to be held in Verner, is still two years off, but there is a lot of planning to be done and the work is already underway with a brand new committee.

The Municipality of West Nipissing appointed the new Executive Committee during the June 13th meeting of council, and introduced its members on June 20. Stephan Poulin, manager of Community Services, explained that a call for expressions of interest had been made, and candidates were selected among the applicants. “We did receive several interests, and considered many different candidates.” The selection committee was looking for council’s approval on their final picks.

Mayor Joanne Savage added that this would be the overseeing body, however there would be plenty of opportunity to volunteer on sub-committees as the planning progresses. “The objective was to have 9 individuals that would represent the region as a whole, also the agricultural community and various skills. But there will be room for everyone’s involvement in this event. The Executive will be responsible for putting in place approximately 50 sub-committees.” The town expects it will need around 1,000 volunteers for the event. 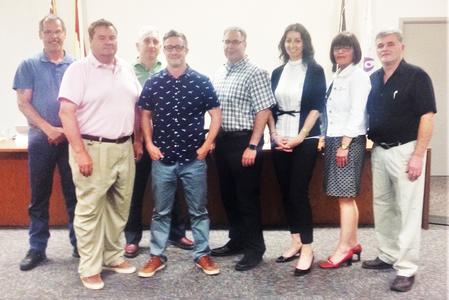