Jesse Leblanc, aged 38, passed away in Sturgeon Falls on September 29th of an accidental fentanyl overdose. Lynn Legault, his mother, subsequently uploaded a heart-wrenching appeal on social media while in the depths of her despair to ask the world, “Please be kind. Be kind”. That video has had far reaching effects, with over 10,000 views, and people from as far as the UK reaching out to Lynn in her devastation.

Lynn wants the death of her son to have meaning. “We’ll try to make good out of this. I don’t know how – something,” she said in her video. Jesse Leblanc was a young father of two girls, and a loving partner. He was the son of Lynn Legault and Gilles Leblanc of Sturgeon Falls. He had a family, he had friends, he was trying so hard but, as Lynn said, “Addiction had a big hold on him.”​

​Lynn invited The Tribune into her home to meet not only with her, but with several other people affected by the opioid drug epidemic in West Nipissing, an epidemic that’s destroying lives across the country, leaving no town exempt.

Families affected by drug addiction ask for kindness rather than shaming 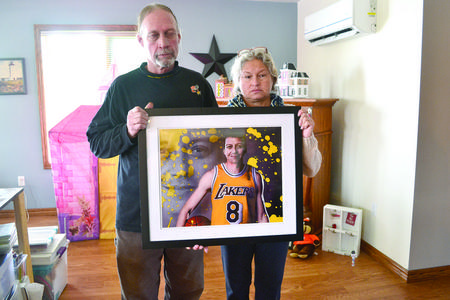 In the midst of their suffering just after losing their son Jesse, grieving parents Lynn Legault and Gilles Leblanc are sharing their story to promote better understanding of the opioid crisis plaguing our community.