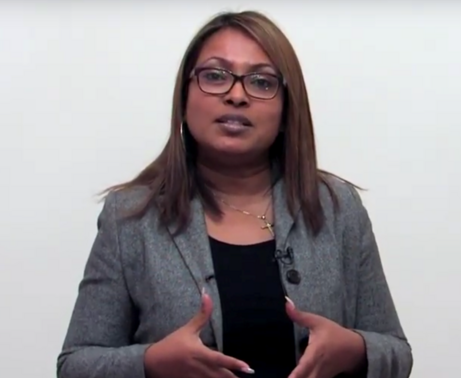 Niluka Johnson (above) presented her proposal for a 12-unit tiny home village on the outskirts of Verner to support young men in danger of homelessness.

A proposal for a supportive housing facility to be established in Verner was put forward at the regular meeting of the Planning Board on September 28th. The proposed 12-unit housing development, called Genesis Village of Hope, would provide tiny houses with living assistance on a 4-acre property on the Veuve River just outside of Verner, along Old Hwy 17.

Proponent Niluka Johnson brought the project forward with a 17-page document describing a model community that would provide therapeutic living arrangements for at-risk young people in danger of homelessness. Two neighbours did submit concerns about the proposed development, in light of environmental and noise concerns, but those concerns were outside the purview of the WN Planning Board. The board approved the proposal, which now has to go before municipal council.

Johnson’s proposal outlined the need for housing projects to combat homelessness in Canada. She said her facility would assist the most vulnerable youth in Ontario, including those exiting foster care, those with disabilities, and young people of indigenous descent. The plan is to erect a “tiny-house” village, noting these have met with success in other jurisdictions. The proposed steel-structure tiny units are designed to be energy efficient with solar roofing, on-site recycling and composting programs, a phased-in construction plan to include a central hub with chapel, meeting rooms, storage lockers, office space, library, laundry, a kitchen and dining area. The outdoor features will include gardens, a greenhouse, outdoor recreational area with fire pit and BBQ area, basketball court, a dock and gazebo, and a hobby farm.