Danielle Seguin and her kids are in search of a new home after their place on Clark Street caught fire on Feb. 6. Photo by J&M Photographs.

A West Nipissing woman is in search of a three-bedroom unitafter a fire forced her and her family out of their home on a frigid afternoon on Saturday, Feb. 6.

Danielle Seguin had only moved into her townhouse on Clark Street two months prior. In fact, the mother of three was still unpacking things when the first signs of trouble appeared.

“I was doing laundry and I was putting stuff away; I ran the washer and dryer already that day and everything went fine,” she says. “I put in the next load, got everything unpacked, went to go sit down and my daughter was like ‘What’s that noise?’ We all went downstairs, and my boyfriend moved this bin and black smoke just started coming through the vents. We got everybody out and I called 911 right away.”

Thirteen firefighters responded and were on the scene for nearly three hours. Fortunately, everyone escaped without injury. Firefighters were even able to go in and retrieve the family’s pet hamster safely.

“The investigation is still ongoing right now, we’re trying to pinpoint exactly what started it,” says West Nipissing Fire Chief Richard Maranda. “It looks like an accidental fire. It started in the dryer-washer area, so we’re just looking right now at what could’ve caused it to ignite.”

Though the water damage was limited to the basement, the smoke damage throughout the rest of the unit was extensive.

“The only thing that’s probably salvageable is the dressers upstairs and a couple of clothes,” says Seguin. “Everything else is pure smoke damage from the living room up. Even going in there yesterday and the day before to organize some stuff, I can’t be in there for more than half-an-hour. The smell and as soon as you walk in, the thickness of it, it’s just unbearable.”

The West Nipissing community has already started donating clothing, toys and supplies toward the family. Seguin appreciates all that support, but first, she needs to find a new home before she can start accepting those donations. Though her current place isn’t a write-off, the repairs will take a long time to complete. 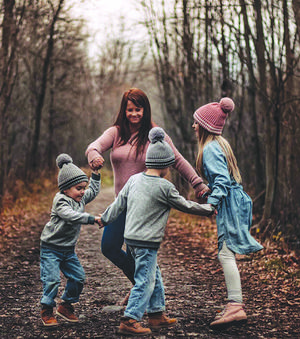