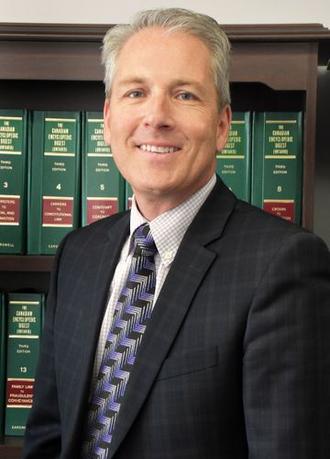 The Municipality of West Nipissing contracts Patrice Cormier of the legal firm Julien & Cormier to act as Integrity Commissioner.

Questions raised over cost of Integrity Commissioner, use of complaints

At the July 21st virtual meeting of West Nipissing Council, Councillor Chris Fisher requested a report on legal fees invoiced by the town’s Integrity Commissioner, broken down by complaint. The municipality has a contract with Patrice Cormier of the legal firm Julien & Cormier, in Hawkesbury, Ontario, to act as Integrity Commissioner (IC) for the municipality, as mandated by the Province of Ontario. His role is to investigate complaints regarding the town, and make rulings and/or recommendations.

Fisher’s request was initially submitted at the highly contentious council meeting of July 14, and was withdrawn and put off until July 21st as debate turned ugly and meeting chair Lise Sénécal warned she would shut down deliberations. In an interview following his subsequent resignation, then-Councillor Jeremy Séguin commented that while he felt having an Integrity Commissioner was positive in principle, he also felt complaints to the IC were being over-used as a tool to silence dissent or intimidate councillors.

While Cormier has been working for the town for over a year, his annual report has yet to be presented to council, though he has already invoiced over $20,000. It is not known how many complaints he has investigated.

“I think [the Integrity Commissioner] is overdue for an annual report,” said Fisher. “The reason I want to have it by complaint [is because] every time there is a complaint, there is a cost to the taxpayer.”