About 100 people gathered in Monetville on Thursday, August 27th, and most of them were descendants of the same man, Cyrille Monette, the first settler in that area. They were there at the invitation of the West Nipissing Historical Society to unveil a masonry memorial constructed of local rock and adorned with two plaques in French and English, raised on the land originally homesteaded by Monette.

Also on hand were two local mayors, as Monetville proper is in French River and North Monetville is in West Nipissing. The descendants came from as far as Sudbury and Warren, with at least one local descendant named Cyrille Monette after his forbear.

As everyone in attendance discovered, Cyrille Monette was the assumed name of Alexandre Boisvert, a compatriot and friend of Louis Riel. Boisvert was reportedly on hand during Louis Riel’s trial following the Rebellion of 1885, and was likely there throughout the rebellion, as a friend of Riel’s from the days when both attended the Montreal Seminary together.

Louis Riel was the leader of the Métis in western Canada who led his people in revolt against Canadian sovereignty and helped found the province of Manitoba. Following his early training for priesthood, Riel headed a 1869-70 rebellion against the transfer of Métis land from the Hudson's Bay Company to the Dominion of Canada. Exiled by the Canadian government and institutionalized in the 1870s, Riel returned to Métis territory in 1884 to lead another uprising, the North-West Rebellion of 1885. After surrendering, Riel was found guilty of treason and hanged on November 16, 1885, in Regina.

Alexandre Boisvert changed his name to Cyrille Monette and began a new chapter of his life on the frontiers of northeastern Ontario, along with his First Nation wife Odile Bouin. That was the beginning of Monetville. And that was why, on the day when the memorial was unveiled, both the Canadian flag and the Métis flag were flown.

Rick Meilleur, a member of the Métis Nation and representative of Nipissing Métis Families, provided a smudging ceremony and tobacco offering in remembrance of the early pioneers to the region, while at the same time acknowledging the traditional territory of the Dokis First Nationy 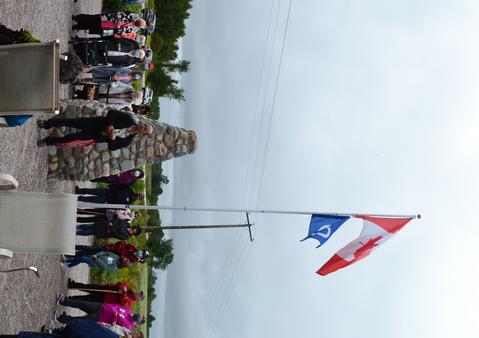 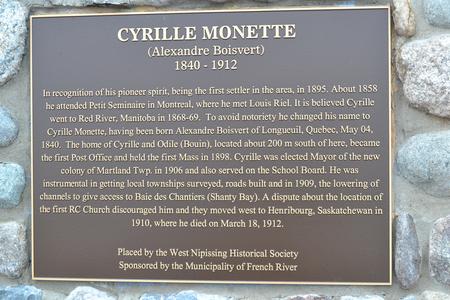 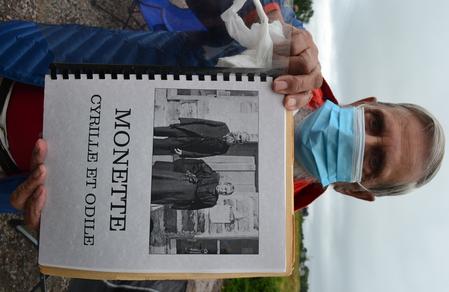 Émile Guy, researcher and author of the book recording the history of the Monette family, is also a descendant of Cyrille Monette as his great grandfather Louis Guy was a son-in-law.