West Nipissing artist Clayton Windatt is the newest member of the Board of Trustees of the National Gallery of Canada. In announcing the prestigious appointment on July 5, Pablo Rodriguez, Minister of Canadian Heritage and Multiculturalism, cited Windatt as an active member of the local arts community who has developed strong and lasting partnerships across industry, government, media and national organizations.

Windatt, a member of the West Nipissing Art Gallery, was also the Executive Director of the Aboriginal Curatorial Collective in Sturgeon Falls. He is a Métis multi-artist who has an extensive history working as a filmmaker and in artist-run community arts projects. “The National Gallery of Canada is one of the world’s most respected art institutions. It is known for its exceptional collection of 77,000 works of art, revered for its scholarship, and applauded for its unique ability to engage audiences of all ages and all levels of artistic knowledge. National museums are independent organizations that are part of the Canadian Heritage Portfolio,” indicated the Canadian Heritage release. “These appointments were made under the Government of Canada’s new approach [supporting] open, transparent and merit-based selection processes that strive for gender parity, reflect Canada’s diversity.”

On June 21, the National Film Board of Canada also released a short film of Windatt’s, “Stories”, as part of the Urban.Indigenous.Proud series, a discovery of urban Indigenous culture and Friendship Centre communities through the works of five Indigenous filmmakers who reveal successes and challenge stereotypes. Windatt, who directed the film, holds a BA in Fine Arts from Nipissing University and received Graphic Design certification from Canadore College. He also maintains contracts with several colleges and universities, arts magazines, arts councils and other organizations as a critical writer, columnist and consultant. He has had his works featured in festivals such as ImagineNative and the Toronto International Film Festival and this recent commission by the National Film Board of Canada. Windatt also works in design, communications, performance art and theatre. People in Sturgeon Falls will most readily recognize him as the artist who worked with students to create the mural at the former location of the Literacy Alliance of West Nipissing, and another at Northern Secondary School. 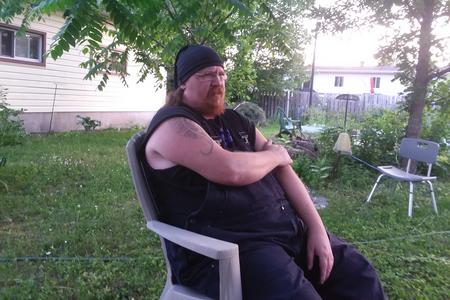