A special meeting of the West Nipissing Police Services Board (PSB) was called by Chair Chris Fisher on July 16. It was the first session since March 11, as meetings were put on hold due to Covid. Fisher explained that the PSB was not provided the exemption to meet electronically under Covid-19, as other boards and committees were, so they had to wait until they could meet in person. Attending were board member Roch St-Louis, Inspector Mike Maville of the Nipissing West OPP, and Secretary Mélanie Hébert. Board member Denis Sénécal did not attend.

Vacancies an issue
The lack of board members remains an issue, as the province has not been making appointments, leaving the two provincial appointee positions vacant. The Ontario Association of Police Service Boards (OAPSB) has suggested changes to the OPP detachment boards, including increased flexibility and allowing the boards themselves to make 3-year appointments at large. “That’s actually not far off from what we suggested in the beginning… the provincial board more or less echoed what [West Nipissing] put forward. It’s not just us – apparently the system is broken for everyone – it’s not working when you lose an appointee,” Fisher commented. “If they are not going to give us one or two more people on the board… there might be a way we can work around it – maybe bring people on as advisory – so we’ve got bodies.” 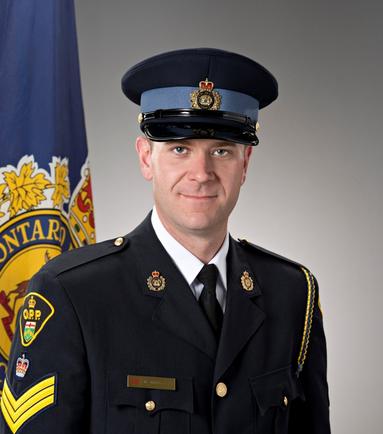 Inspector Michael Maville, Detachment Commander of the OPP Nipissing Ouest, met with the West Nipissing Police Services Board to deliver the first full year report since the OPP took over policing on June 6, 2019.