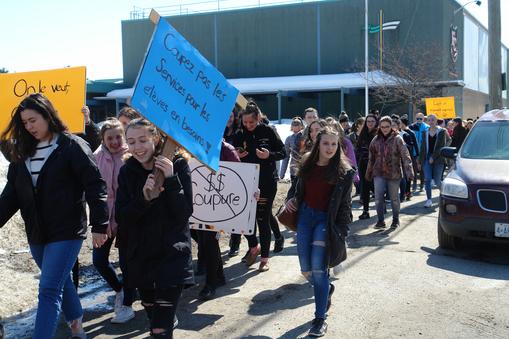 Hundreds of Franco-Cité students joined thousands across the Province on April 4 in a province-wide protest against the Ford government’s cuts to education. 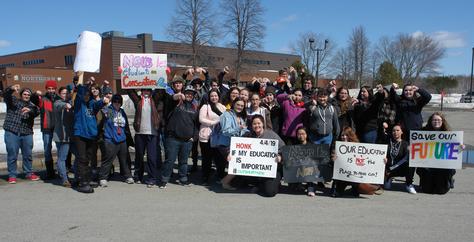 Students walk out of class, protest Ford cuts to education

Chants and cries echoed in the streets of Sturgeon Falls last Thursday, April 4, as hundreds of students from both Franco-Cité and Northern high schools joined with thousands of teens across the province to protest the Ford government’s changes to the education system.

The province-wide walkout was student-run and organized with the help of social media, with an Instagram account called “studentssayno” approaching 20,000 followers and a change.org petition steadily climbing towards 80,000 signatures.

Students said they were rallying to fight cuts which would lead to fewer teachers and educational assistants, which could threaten sports and extracurricular activities. They also oppose bigger classrooms, mandatory online courses, sex ed curriculum changes as well as the cuts to arts programs and services for kids with autism.

For Franco-Cité student council president Denver Kitching, the walk-out was an opportunity to see what he and his council were made of. “A fellow student from North Bay reached out to me on social media and asked if I was familiar with what was going on. I brought it to student council and we went for it,” he said, stressing that school staff was in no way involved in the process.