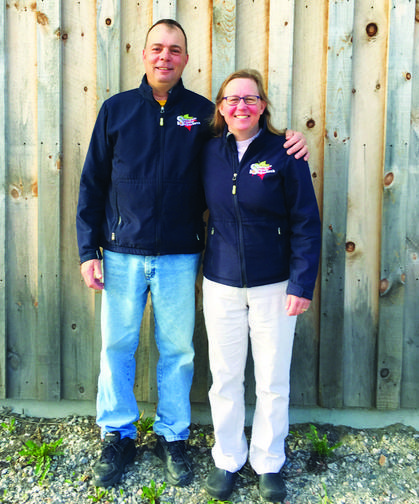 “We were very thrilled,” beams Daniel Seguin. “The amber class is quite special to us because it’s what we produce the most of.”

The annual fair was held virtually this year. Judging for the contest was done back on Oct. 6, but Tracy and Daniel Séguin didn’t find out about their win until they started getting congratulatory calls and emails on Nov. 10.

“For us to win the amber, this is what the typical consumer likes on a regular, everyday basis,” adds Tracy. “And so, for us to win that class, it’s beautiful.”

This was the Séguin’s second win at the RAWF. They won top for prize their syrup back in 2016.

The sugarbush also managed a record yield this spring, producing roughly 1.5 litres per tap. While Canada was preparing to shut down around March 13 due to COVID-19, the Séguins were starting their taps, which ran until April 8.

“As far as producing syrup, it was nice,” says Daniel. “It was surreal in a way because there was nobody else around except our family and friends that work with us. It was peaceful and we had a great season as far as production goes.”

For what was a very unique harvest this year, it only makes sense that this year’s syrup reflected that.