West Nipissing’s electoral Ward 7 (Verner) has now been without representation at the municipal council table since July 14, when former councillor Jeremy Seguin resigned citing a toxic environment in council chambers. Since that time, council has remained deadlocked on the process of selecting a new representative, with half favouring an appointment and half wanting a by-election.

After the issue resulted in a stalemate twice at the council table, it was not even brought up at the September 15 meeting, leading many to wonder whether a resolution is in even in the cards, or if Verner will be left without representation for the remainder of the term, until 2022.

The Tribune received reports that members of the public had filed complaints with the Ministry of Municipal Affairs and Housing, asking them to step in as council seems unable to resolve the issue. When asked if they had received any such requests, the media-relations branch of the ministry did not answer the question directly, throwing the ball back in town council’s court.

“The decision about whether to fill a vacancy by appointment or by-election is the responsibility of the municipal council. The ministry recognizes municipalities as accountable, responsible governments with the authority to make decisions for matters within their jurisdiction, including deciding on how to fill a vacancy on council. The ministry has encouraged council to continue to work together to resolve this matter,” they responded in an email to the Tribune.

Still, they acknowledged they are aware of the impasse and keeping an eye on developments in West Nipissing. “Staff in the ministry’s Northern Municipal Services Office in Sudbury continues to monitor the situation and provide advice and information to council, staff and the public,” wrote the ministry official. 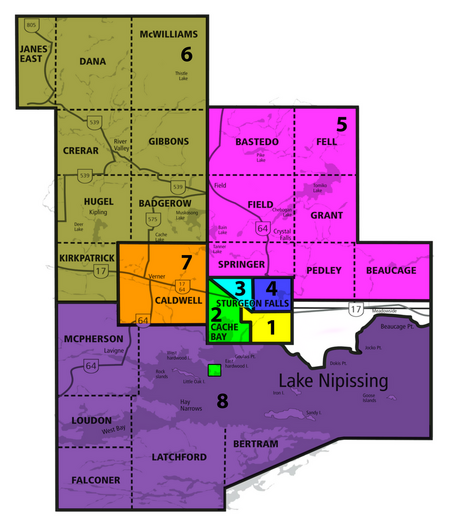